In Defence of Cities

In Defence of Cities Alfredo Malaret

"Each time the bombing escalates, people escape. It’s the same in each city. We were in a state of continual settlement and forced migration. There is no safe place, no prospect of tomorrow. We lived in a state of suspense, waiting in fear that someone would die in a bombing, a mine incident, or from sickness.”

In 2007, our world reached a milestone: for the first time in human history more than half of the world’s population lived in an urban area. By 2050, more than two thirds of humans are expected to live in cities. Such acceleration is notable because cities may be one of humankind’s greatest inventions, as they have the potential to make us healthier, happier, greener, and culturally and economically wealthier. Yet, in conflict-affected cities, hard-earned progress can be reversed quickly, with armed conflicts threatening to set development back by decades. Simply put, urban warfare threatens to reduce these hubs for human progress to little more than rubble.

Urban warfare is not new, but cities are all too often the battlefields of today’s armed conflicts. Heavy and unguided artillery, mortars, multi-barrel rocket launchers, missiles, large bombs, and IEDs are used extensively in today’s urban warfare. The use of explosive weapons with wide-area effects – those with large payloads, inaccurate delivery systems or multiple munitions – in urban and other populated areas is a particular concern for the UN. This is because of the significant likelihood that their effects will impact an area larger than the intended target, and thus impact civilians and things we hold dear indiscriminately. Not just houses, but homes; not just businesses, but livelihoods; not just monuments, but our history, our identity, and our shared humanity. 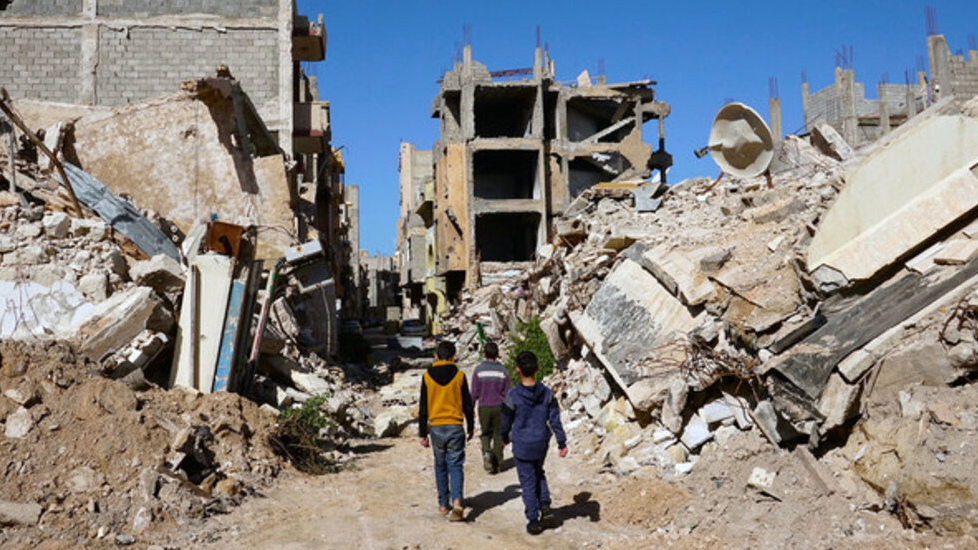 In recent conflicts involving the use of explosive weapons in cities, the pattern of civilian harm is clear, and the extent of the human toll is simply unacceptable. It is estimated that when explosive weapons are used in populated areas, an average of 90 percent of reported casualties and injuries are civilians. When considering longer-term effects, the number of victims is surely higher than initial estimates of fatalities. There are also those who survive but for whom life is dramatically affected, with many maimed, displaced, traumatised, or suffering the irreparable loss of a loved one.

The same interconnected infrastructure of cities that makes them engines of development also means that damage wrought within them has “reverberating” effects that extend well beyond the explosive blast. These impacts ripple out across space and time through interdependent structural networks, and the knock-on effects cause broad and enduring harm.

For example, when water supply networks or wastewater treatment systems are shelled, contamination and disruptions to safe water and sanitation services follow, thereby exposing populations to health and environmental hazards. And the consequences of inadequate or insufficient safe drinking water and sanitation facilities are deadly. As UNICEF have noted, children under the age of five in conflict-affected settings are “nearly 20 times more likely to die from diarrhoeal disease than from the conflict itself”.

When cities and other populated areas are targeted with explosive weapons, food supply, energy, transportation, housing, education, the wider economy, and healthcare, water and sanitation systems can all quickly collapse. Explosive weapons can also lead to contamination of air, soil, and water. The effects of collapse and contamination combine and intersect with each other, leaving civilians affected in numerous ways, and also impacting on neighbouring areas. As a result, many civilians are forcibly displaced, while many others remain trapped in the conflict.

Those indirectly harmed by the targeting of cities and other populated areas with explosive weapons are likely to outnumber the direct causalities from the initial blast. Yet, these “reverberating” effects are often underestimated – if they are estimated at all.

What is UNIDIR doing?

Heeding the UN Secretary-General’s call for "Parties to conflict [to] track and learn from allegations of harm to civilians and civilian homes, markets and infrastructure, in order to gauge the impact of their operations and find ways to minimize harm", the UN Institute for Disarmament Research (UNIDIR) has developed two Menus of Indicators to support the efforts to examine and understand the reverberating effects from the use of explosive weapons in populated areas:

Taken together, these Menus of Indicators can be used to capture, measure, compare, and understand how the use of explosive weapons in populated areas impacts the survival, well-being, human rights, and dignity of civilians in ways that are often overlooked or underestimated. We hope that disaggregated data detailing how these impacts spread and evolve, including differences by gender and age, will help inform the understanding of parties to conflict about the reasonably foreseeable “reverberating” effects from the use of explosive weapons in populated areas. Collecting and sharing this kind of data can also facilitate the design of appropriate military doctrine, practice, tactics, and strategy, as well as standards to prevent civilian harm in urban warfare.

What is the international community doing?

With the aim of advancing the protection of civilians in urban warfare, national delegations, UN entities, and civil society are meeting in Geneva from 6 to 8 April 2022 in order to conduct negotiations Towards a political declaration to address the humanitarian harm arising from the use of explosive weapons in populated areas. Speaking directly on the issue of the political declaration, the UN Secretary-General called for a strong text that includes an express commitment to avoid the use of explosive weapons with wide-area effects in populated areas. UN entities fully support efforts to address the humanitarian consequences from the use of explosive weapons in populated areas, including through appropriate limitations, common standards and operational policies. Against a backdrop of destruction in many cities across the world, these consultations offer an opportunity to adopt measures that will go a long way towards preventing and mitigating the impact of urban warfare on civilians.

By taking armed conflict out of our cities and other populated areas – in particular the use of explosive weapons with wide-area effects – we can more effectively harness the promise of urban growth as an accelerator for human development. By defending cities from armed conflict, we can give humanity greater hope for a better tomorrow.