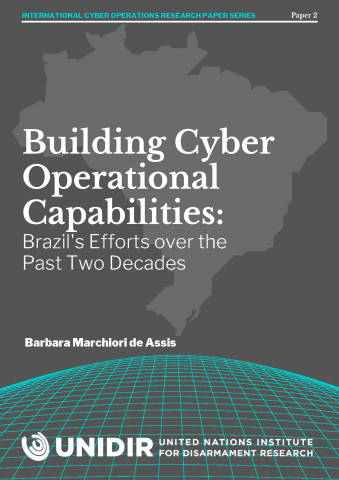 This paper describes the evolution of cyber defence in Brazil, from early discussions in the 2000s to specific policies and measures implemented to develop the national capability to conduct international cyber operations if necessary. Although Brazil has been strengthening its cyber defence capacity for the past two decades, the major international events hosted by the country from 2012 to 2016, such as the World Cup and the Olympic Games, marked a watershed in Brazil’s cyber defence capacity development. During this period, not only did Brazil solidify its cyber defence military structure, it also developed a cyber defence doctrine aimed at unifying concepts and guiding operations in cyberspace.