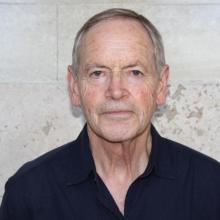 Tim is a Non-resident Senior Fellow and was a resident Senior Fellow from 2009 to 2017. He was previously Director of UNODA Geneva, the Deputy Secretary-General of the Conference on Disarmament, and Disarmament Ambassador and Permanent Representative of New Zealand to the UN, Geneva. Tim is currently a member of the Eminent Persons Group on the Substantive Advancement of Nuclear Disarmament. He holds an LL.B in Law and Politics from Victoria University of Wellington, New Zealand.

Tim’s areas of expertise include nuclear disarmament; disarmament institutions; the Conference on Disarmament.