Publication
Back to the Future for Verification in the Biological Disarmament Regime? 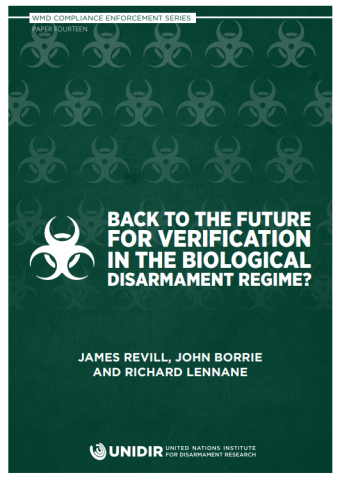 Back to the Future for Verification in the Biological Disarmament Regime?

Twenty years after the termination of the Biological and Toxin Weapons Convention (BWC) Ad Hoc Group negotiations, the notion of adopting a BWC verification protocol is now almost an article of faith among some States Parties to the Convention. Yet it is clear that in 2001, the work of the Ad Hoc Group was a long way from agreement around a robust regime capable of ensuring confidence in compliance with the BWC’s prohibitions. Moreover, if there are some elements of continuity in the biosecurity sphere since then, much has also changed - geopolitically, technologically and economically. These changes generate challenges as well as opportunities to strengthen the BWC, which remains a central multilaterally-agreed component of a much wider set of measures that have emerged over the last two decades to prevent the hostile use of biology and manage the challenge of dual use biology around the globe. This report looks at these changes and identifies areas to move forward.

Back to the Future for Verification in the Biological Disarmament Regime?