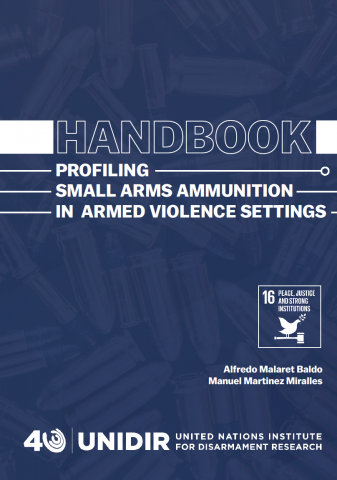 This Handbook offers users a step-by-step how-to guide for ammunition profiling by generating an overview of the small arms ammunition that have been diverted, trafficked, and/or misused in particular urban environments. This Handbook will help practitioners build an evidence base to inform downstream policies aimed at curbing the flow of ammunition proliferation reaching unauthorized hands and/or unauthorized use in urban environments. Afterwards, the evidence and lessons learned from urban environments can be channelled upstream to inform multilateral and global processes. Therefore, this Handbook presents itself as a product with two distinct contributions to the field in that it: (i) codifies a methodology for any interested user to utilize it and yield results in a standardized manner and (ii) presents the ammunition profiling methodology with an armed violence in urban environments lens, for replication studies to follow suit across different cities.

Find the details and recording of the launch event of the Handbook here.