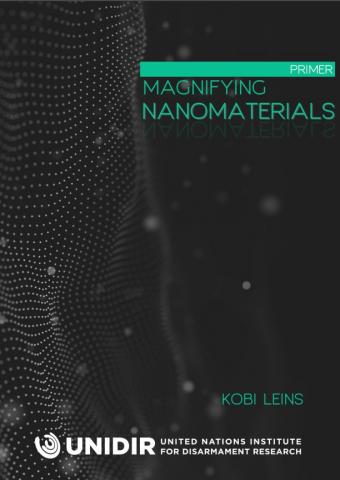 For more than three decades, the manipulation of nanomaterials has been subtly changing the world around us, including how wars are fought. The use of nanomaterials has increased military capabilities in numerous ways already and will continue to shape battlefield capacity as our understanding of the human brain and body, and the ways we can intervene in their functions, increases. Although the idea of manipulating atoms was first recorded at a talk by Richard Feynman in 1959,1 the term “nanotechnology” was first coined by a Japanese professor in 1974, and it has since become shorthand for a wide range of ideas, meanings and applications. Research into the use of nanomaterials for neurological and biological applications is racing alongside advances in understanding of the human brain. Such research includes:

Part of the challenge of speaking of nanomaterials is that they are a category of scale that includes a very broad range of materials, and the definitions of what constitutes a nanomaterial are not entirely consistent. Further, the way that engineered nanomaterials interact with the human body is not yet entirely understood. Deploying these types of nanoscale material in war requires contemplation of existing limits on use, particularly given their potentially deleterious effects on humans and on the environment, some of which are long term and potentially not yet known.