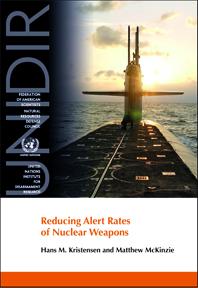 The nuclear-weapon states maintain nearly 2,000 warheads ready for use on short notice. Such alert levels vastly exceed security needs and undermine efforts to reduce, and eventually eliminate, nuclear arsenals. Alert levels are sustained by circular logic—forces are on alert because there are forces on alert. While some argue that the de-alerting of nuclear forces would provoke dangerous instability, such judgments appear to be deeply rooted in Cold War thinking. This study demonstrates that nuclear de-alerting is, in fact, feasible and achievable in a secure and stable manner.