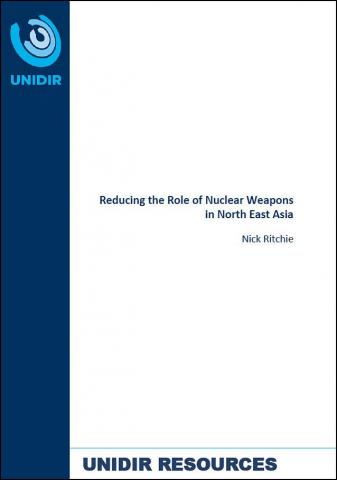 Reducing the Role of Nuclear Weapons in North East Asia

In August 2017 a roundtable of experts and former officials met in Hiroshima, Japan to discuss pathways towards nuclear disarmament in North East Asia. The Hiroshima Roundtable Chairman’s concluding statement suggested that to deter the DPRK, the US and its allies need not rely, or state publicly their reliance, on nuclear weapons due to the range of conventional deterrence options at their disposal. In consequence, this paper was commissioned by UNIDIR and the Hiroshima Prefecture, primarily to examine steps the US, alongside the ROK, could take to reduce the role of nuclear weapons in its strategy towards the DPRK.

Reducing the Role of Nuclear Weapons in North East Asia