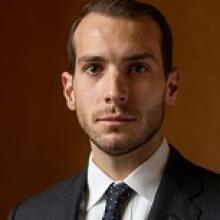 Alfredo is a Research Associate with the Conventional Arms Programme at UNIDIR. He joined UNIDIR to work on Urban Contexts: adapting arms control to new environments. Previously, he worked for the Stockholm International Peace Research Institute and served at the UN Regional Centre for Peace, Disarmament and Development in Latin America and the Caribbean. Earlier in his career, he conducted field research to document the actions of the Revolutionary Movement Tupac-Amaru insurgency. He holds a master's degree in International Relations and Economic Development from Penn State University, USA, and a second master's degree in Public Affairs from Brown University, USA. He has a B.A. in Political Science from Fairleigh Dickinson University, USA. He speaks English, Spanish, and passable Portuguese.