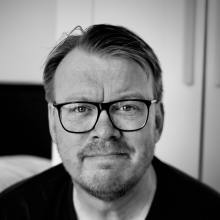 Andreas Persbo is the Research Director at the European Leadership Network and UNIDIR consultant focused on the provision of support for the Chair of the Group of Governmental Experts to further consider nuclear disarmament verification issues. Before joining the ELN, Andreas served as the Executive Director of the Verification Research, Training and Information Centre (2009-2019), where he’d previously served as a research and senior researcher (2004-2009) with a regional focus on Iran and South Asia.

He was one of the founding members of the UK-Norway Initiative on Verified Warhead Dismantlement. After completing district court service in Sweden (2001-2003), Andreas moved to the UK and worked as an analyst at the British American Security Information Council (2003-2004).