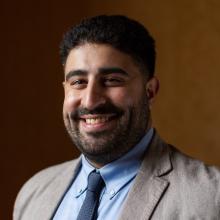 Farzan is a Project Manager and Researcher in the Middle East WMD Free Zone Project. Farzan was previously a Postdoctoral Fellow at the Global Governance Centre at the Institute, Nuclear Security Predoctoral Fellow at the Centre for International Security and Cooperation at Stanford University, and a Visiting Fellow in the Department of Government, Georgetown University. He is a historian who has conducted research and published on global regimes, Middle East politics, and U.S. foreign policy through the lenses of history, IR, sociology, and law. He holds a PhD and a master's degree in International History from the Graduate Institute, Geneva, Switzerland and a B.A. in History and Political Science from McGill University, Canada. He speaks English, French and Persian.