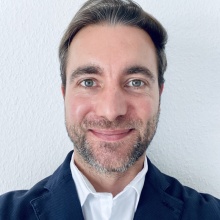 Hardy Giezendanner is a Conventional Arms Programme (CAP) Researcher at UNIDIR. Prior to re-joining UNIDIR, he was acting Deputy to the Chief of the Arms Embargo Cell (AEC) of the UN Organization Stabilization Mission in the DR Congo (MONUSCO), where he worked from 2018-2020, monitoring the implementation of the arms embargo. Previously, he worked inter alia for UNMAS in the DRC (2017-2018), UNIDIR (2012-2013, 2014-2017), MONUSCO (2013-2014), Geneva Call (2013) and the Swiss Federal Department for Foreign Affairs (2010, 2012). He has worked on conventional arms globally, at sub-/regional levels, as well as in specific countries, primarily in Africa. He has co-/authored or contributed to numerous publications on conventional including SALW and related issues. In addition to advanced post-graduate studies, he holds a master’s degree in International Relations, Peace and Security Studies from the Institute for International Studies in Barcelona, as well as a bachelor’s degree in International Relations from the University of Geneva. He speaks English, French, Spanish and (Swiss-) German.