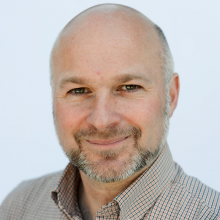 Paul Holtom is the Programme Lead of UNIDIR's Conventional Arms Programme. He conducts research into, and supports efforts to build capacity to address, the illicit trade, diversion, and uncontrolled proliferation of conventional arms, including small arms and light weapons (SALW) and ammunition. Paul has authored and co-authored various publications on the international arms trade and conventional arms control, with a recent focus on the Arms Trade Treaty, weapons and ammunition management, and the diversion of conventional arms and ammunition. Before joining UNIDIR, he was the head of the Policy and Capacity Support Unit at the Small Arms Survey, Deputy Director of the Centre for Peace and Reconciliation Studies at Coventry University, and Director of the Arms Transfers Programme at the Stockholm International Peace Research Institute. Paul holds a PhD and Masters degree in Russian and East European Studies from the University of Birmingham, UK. He speaks English and Russian.